Confession time: I have never actually watched Baywatch and frankly, I really am not that interested in watching the 2017 Zac Efron/Dwayne Johnson movie either. However, I couldn’t help but use the iconic foxy lifeguards and beachy vibes as a source of inspiration for this post.

I am featuring three different beachy looks, each from different but equally awesome creators. The first outfit is from [Cynful] and currently available at Collabor88. The bikini comes in various color options and is highly customizable through an extensive HUD. While you’re at C88, make sure to check out Stories&Co‘s booth too, which is where the third outfit can be found. They brought out an exclusive HUD that will only be available for the duration of the event. Drop by Collabor88 to pick up this sweet swimwear before the event closes on July 6th.

The last remaining outfit consists out of various pieces from ERSCH‘s Strawberry gacha set. Take a look at the gacha key here and head on over to Frou Frou to try your luck. 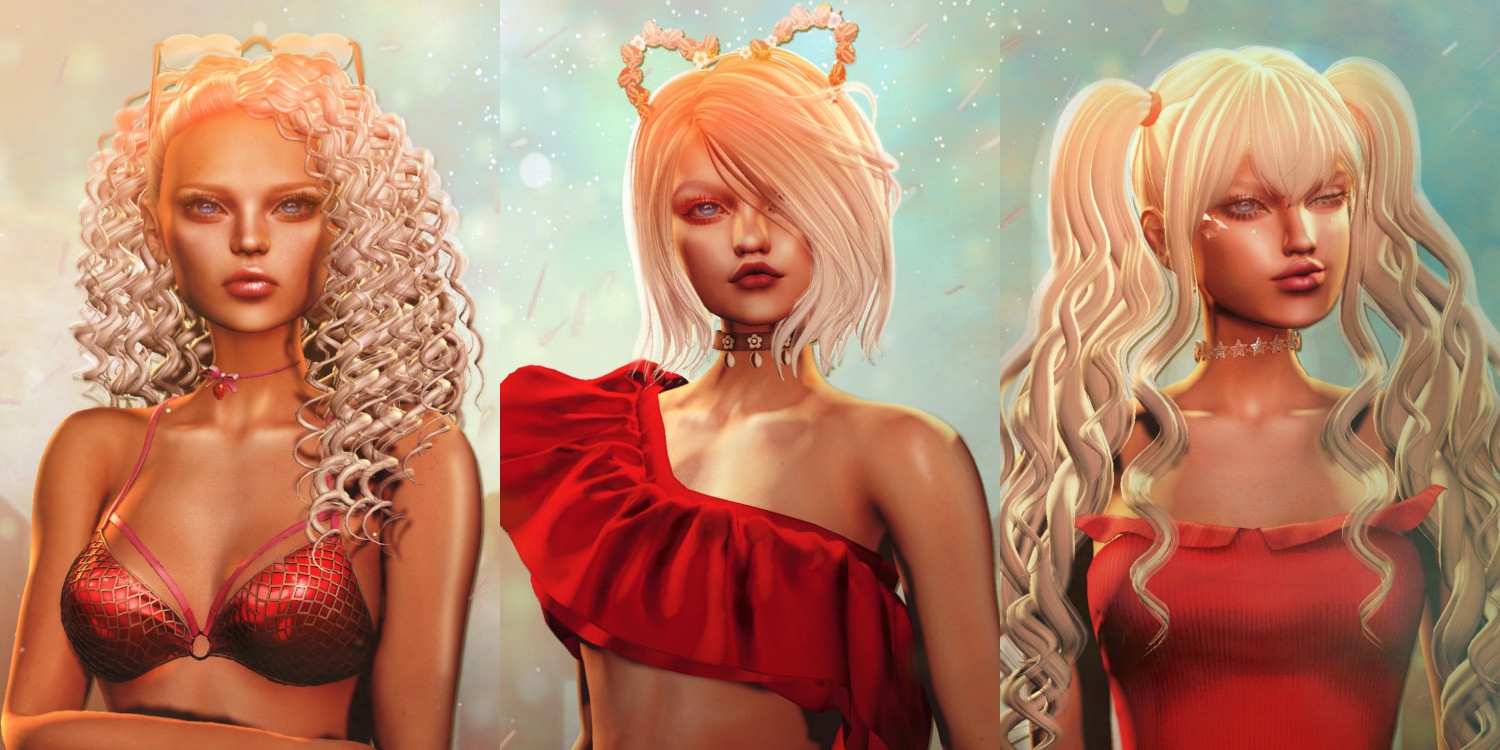 In other fun news, it is Second Life’s 15th birthday. To celebrate, YS&YS brought out both a Catwa as well as a LeLutka applier, both of which are displayed in this very post. I am wearing the “Kira” LeLutka applier on the far left and the “Lucia” Catwa applier on Lona in the middle and on Catya on the right. So put on your favorite party hat and head on over to SL15B to try a demo.

Scroll down to see the full details for every outfit.

Scroll down for more virtual magic (I dare you!) and enjoy your stay ♡

Second Life® and Linden Lab® are trademarks of Linden Research, Inc. Kawaiilian Resident is not affiliated with or sponsored by Linden Research. No infringement is intended.